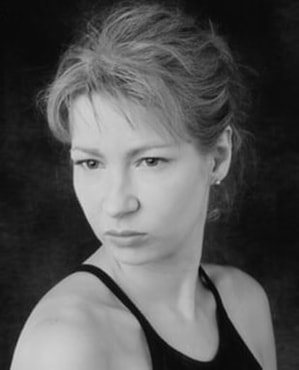 Patricia Alessandrini is a composer/sound artist, educator and researcher actively engaging with notions of canonicity, representation, interpretation, perception and memory, often in a social and political context, through work which is for the most part interactive and/or intermedial. She performs research on embodied interaction - including instrument design for inclusive performance - as well as on digitally-mediated performance and computer-assisted composition. Her works have been presented in numerous festivals, in the Americas, Asia, Australia, and over 15 European countries. She has also toured extensively as a performer of live electronics. She studied composition with electronics at the Conservatorio di Bologna and Ircam, holds a diploma in composition from the Conservatoire de Strasbourg, a PhD from Princeton University, and a second PhD from the Sonic Arts Research Centre (SARC).
Learn More about Patricia 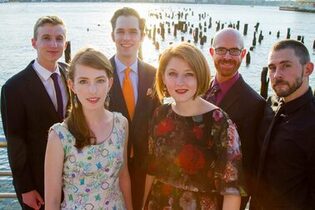 Ekmeles premiered Alessandrini's new work "Hear" during the 2022 John Donald Robb Composers' Symposium at the beautiful Cathedral of St. John in downtown Albuquerque. Ekmeles is a New York-based vocal ensemble dedicated to the performance of new and rarely-heard works, and gems of the historical avant garde. With a special focus on microtonal works, they have been praised by the New York Times for their "extraordinary sense of pitch".
Learn More about Ekmeles
Listen to the world premiere of Alessandrini's "Hear" performed by Ekmeles, featuring trombonist William Lang, recorded live at the Cathedral of St. John in Albuquerque, 7 April 2022 during the 50th Annual John Donald Robb Composers' Symposium.
About

In 2004, the Robb Trust began an ongoing sponsorship of the creation of newly composed chambers works in honor of John Donald Robb that utilize music from Robb's unique collection of folk music recordings housed in the Center for Southwest Research. Previously called the John Donald Robb Composers' Competition, from 2004 to 2014 works were solicited that utilized music from the archive and prize winners were selected. Since 2016, the Trust has moved to commissioning works based upon music from the archive. The Trust is proud of the growing legacy of remarkable new works connected with Dean Robb’s historically significant folk music collection.


* 2016 is the first year the competition was awarded as a commission by the UNM Robb Trust.
Robb Commission Blog