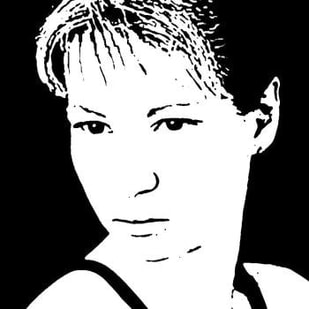 The Robb Trust sponsors a biennial Composition Commission in John Donald Robb's name. The winner is awarded a cash prize and their composition is premiered at the John Donald Robb Composers' Symposium in Albuquerque, New Mexico, USA. The Symposium typically takes place in the spring.

There is currently no call for commissions.

Patricia Alessandrini is a composer/sound artist, educator and researcher actively engaging with notions of canonicity, representation, interpretation, perception and memory, often in a social and political context, through work which is for the most part interactive and/or intermedial. She performs research on embodied interaction - including instrument design for inclusive performance - as well as on digitally-mediated performance and computer-assisted composition. Her works have been presented in numerous festivals, in the Americas, Asia, Australia, and over 15 European countries. She has also toured extensively as a performer of live electronics. She studied composition with electronics at the Conservatorio di Bologna and Ircam, holds a diploma in composition from the Conservatoire de Strasbourg, a PhD from Princeton University, and a second PhD from the Sonic Arts Research Centre (SARC), Queens University, Belfast. She previously taught Computer-Assisted Composition in the alto perfezionamento programme of the Accademia Musicale Pescarese, and served as a Lecturer in Composition with Technology at the University of Bangor and in Sonic Arts at Goldsmiths, University of London. She is currently teaching in the areas of composition, sonic arts and computer music in the Department of Music/CCRMA.
World Premiere

Ekmeles is a vocal ensemble dedicated to the performance of new and rarely-heard works, and gems of the historical avant garde. With a special focus on microtonal works, they have been praised by the New York Times for their "extraordinary sense of pitch". New York is home to a vibrant instrumental New Music scene, with a relative paucity of vocal music.Ekmeles was founded to fill the gap by presenting new a cappella repertoire for solo voices, and by collaborating with these instrumental ensembles. In the 2019-2020 season they performed with the MET Museum's first commissioned sound installation, Oliver Beer's Vessel Orchestra, and released their debut album "A howl, that was also a prayer" on New Focus Recordings, with works by Taylor Brook, Erin Gee, and Christopher Trapani. Fanfare magazine said the album's performances were "beyond expert - almost frightening in their precision." Other notable collaborations include the U.S. Premieres of Stefano Gervasoni’s Dir - In Dir and Wolfgang Rihm's ET LUX with the Mivos Quartet, Mathias Spahlinger’s über den frühen tod fräuleins anna augusta marggräfin zu baden with members of Tilt Brass and loadbang, Beat Furrer’s FAMA with Talea Ensemble, and Luigi Nono’s Quando Stanno Morendo with AMP New Music. Ekmeles has also performed works by student composers at institutions including Columbia, Ithaca, NYU, Rutgers, Stanford, Syracuse, University of Chicago, and University of New Mexico. Ekmeles is a signatory of the New Music Equity Action Pledge, and is committed to working actively against inequity, racism, and anti-Blackness in our field.

* 2016 is the first year the competition was awarded as a commission by the UNM Robb Trust.
View INFORMATION ABOUT Past commissions