By most historical accounts, Mariachi and Flamenco first took root in the fertile musical landscape of New Mexico by the mid-twentieth century. Their intertwined music and dance have inspired the people and resonated deeply with us. What is it about Mariachis that inspires cultural pride and respect? Why do we identify with the defiance and cultural resilience of the Gitanos, the Spanish gypsies? After four generations, both traditions have fully naturalized here. We can now identify Nuevomexicano styles of Mariachi and Flamenco. With their origins in west central Mexico, and southern Spain, both traditions musically remind New Mexicans that we are as Mexican as we are Spanish. Mariachi and Flamenco have flourished to such a degree that newcomers often imagine that they have been here much longer.

The Mariachi invasion came with the charro movies, Mexican westerns, and their singing heroes. As demand grew, ensembles emerged to play for fiestas and family celebrations. Flamenco became popular after World War II, when dance troupes toured the U.S. and Flamenco families settled and flourished. At this point, we cannot imagine New Mexico without them. Both cultural traditions were born by the early nineteenth century and matured in the crucible of political change and the emergence of nations. Mariachi has surpassed the regions of Jalisco and Michoacán to become a national treasure. The same is true of Flamenco as it spread from Andalucía to the north, and then to the world as a symbol of Spain. ¡Que vivan!


Thanks to Robin Rupe/Volti Subito Productions, LLC for Video Production and hand holding as well as
the wonderful tech folks (Andres at the helm!) at the National Hispanic Cultural Center 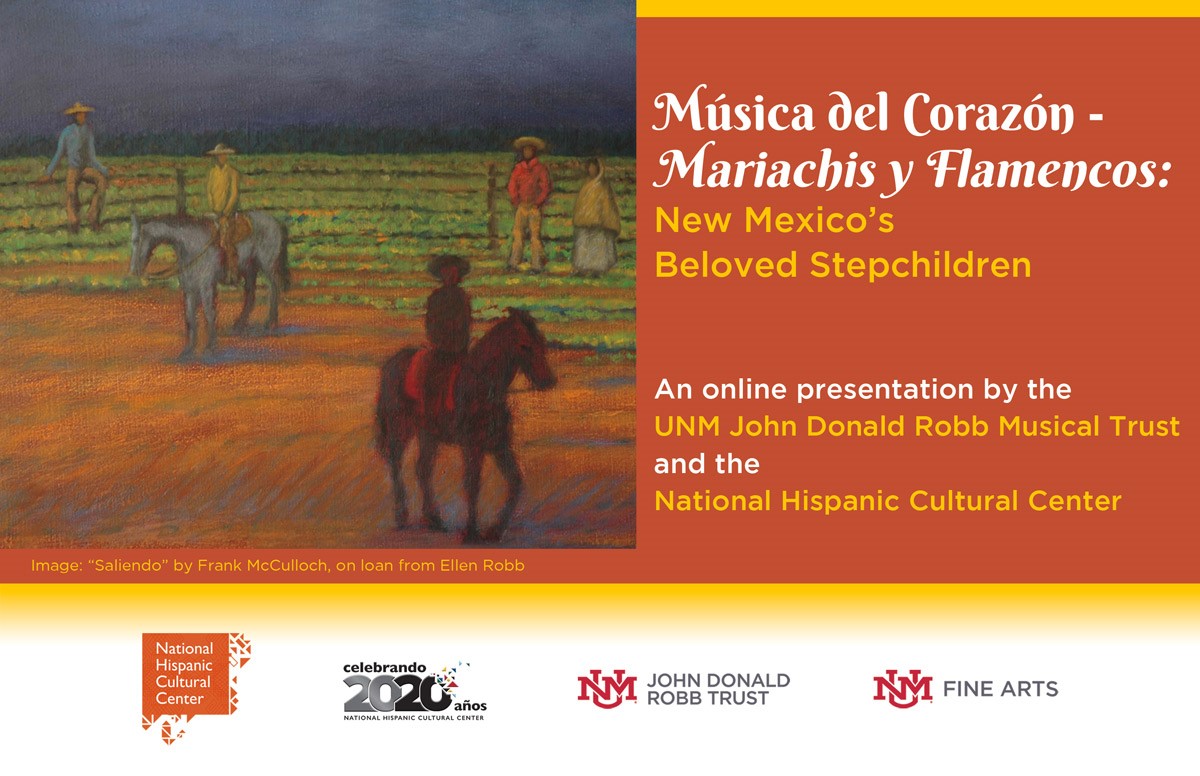